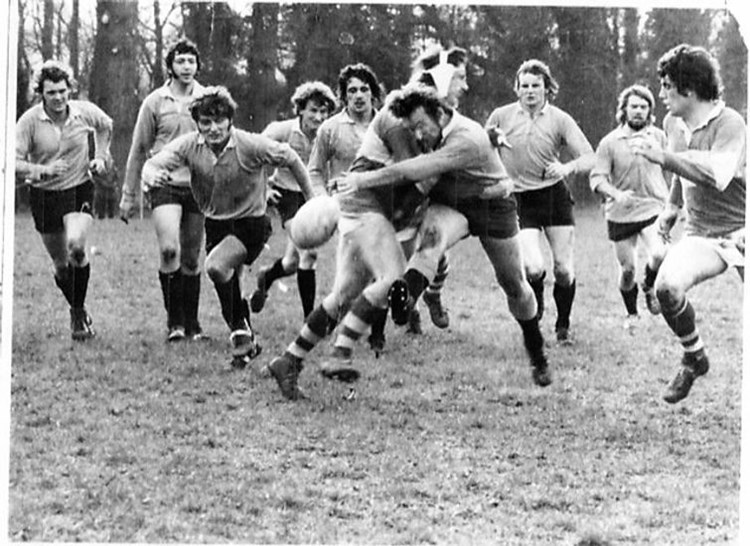 A number of our current supporters and players will still remember our Dorset & Wilts Cup Final in 2015 which we lost to North Dorset at Salisbury! This was not the first time that Marlborough has reached this final.

In 1977, Marlborough played the final against Salisbury at Devizes RFC and lost 25-5. To get to this final MRFC had to beat Chippenham in the semi-final first, which was no mean feat at that time because during this period of Marlborough’s playing history, Marlborough was playing against oppositions second and third teams and these were friendly fixtures. This carried on until the 1990’s when Marlborough gained promotion and the leagues became more structured as they are today.

One of Marlborough’s leading players at the time was the Captain, George Haddock, who had experienced senior level rugby with Roslyn Park, Esher and Lydney.

During the final it was alleged that George was a target of foul play, he received a kick to the head five minutes into the match. The perpetrator had his retribution (he was believed to have been a County player), but then many of the Salisbury’s players were at that time. The referee decided both incidents were 'accidental' and no cards were given. The Salisbury boys believed they were far more ‘streetwise’ than Marlborough, but then they did get the win.

The players in the photo – left to right: