On a sunny Sunday afternoon, Marlborough had the pleasure of coming up against Melksham in the Dorset & Wilts Plate competition (1988/89 season) which was hosted by Wootton Bassett. It was a tough game and Marlborough had battled well but Simon Horwood’s boys just could not get their noses in front on the score board, the game sadly ended Marlborough 1st XV 6 – Melksham 1st XV 13. 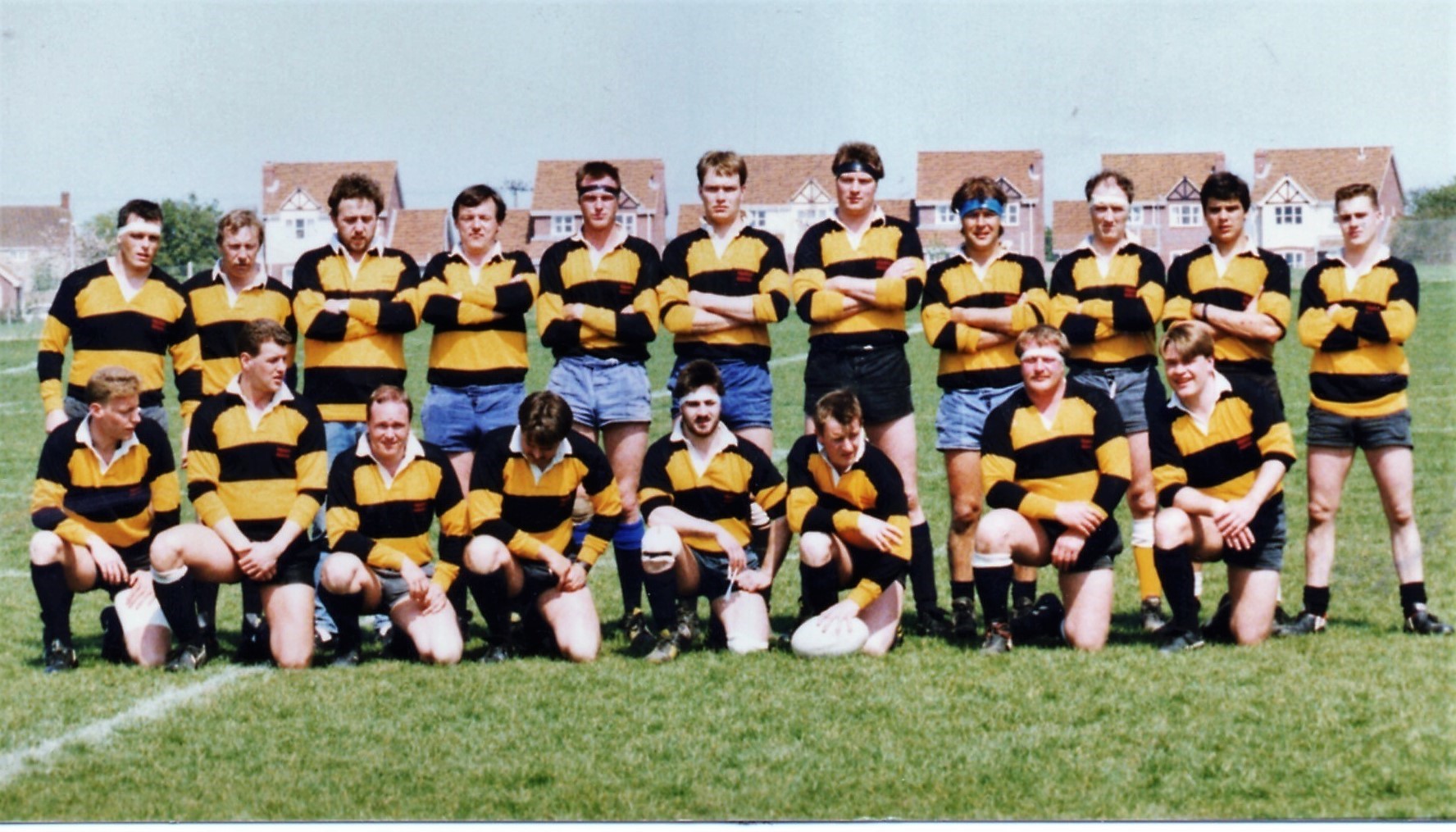 It was a tense game of rugby, neither side was prepared to stand down in this final knock out round in Plate competition.  Melksham were already the league leaders and so had their pride at stake. Marlborough gained control of the first scrum of the game and started to take control. After a while Melksham fought back and took control through their fly half’s kicks. Marlborough’s winger managed to ruin Melksham’s chance of a try but eventually Melksham fought through Marlborough’s defence and gained the first three points of the game with a penalty kick. Not long afterwards Melksham got a try ferociously pushing Marlborough backwards over the try line and the try was then converted.

Marlborough picked themselves up and got back into the game but within a short period of time Melksham had gone from defensive onto the attack where their fly half attempted a drop goal but luckily for Marlborough he didn’t quite make it as the ball struck the post and rebounded and Marlborough cleared it out of harm’s way. 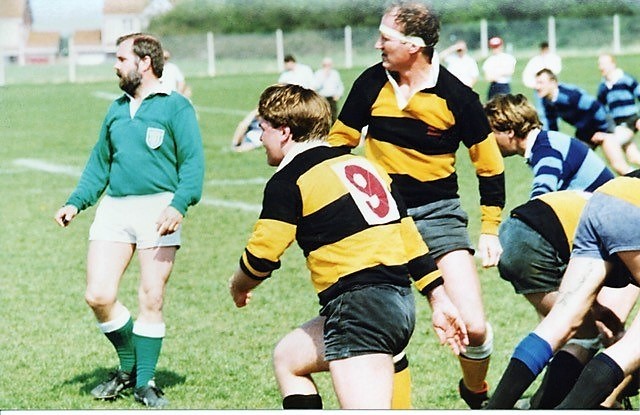 Rod Adams on the look out with Scrum Half Simon Clements

Marlborough came back out for the second half with a spring in their step, but Melksham had other ideas and Marlborough just couldn’t break through an unyielding Melksham side. Marlborough’s forwards battled hard against their counterparts and in the scrums, Marlborough dug deep with Rod Adams effectively tidying up the ball in the lineouts but sadly Melksham got that second try and Marlborough just couldn’t come back from that. Marlborough tried everything and anything; Phil Davenport tried his luck with a drop goal but sadly failed. The skipper, Simon Horwood tried to lead by example with some fantastic sprints up the pitch and Chris White tried to crash through Melksham’s backs as did Guy Nicholas, Nick Miles and Stuart Ross – nothing worked. 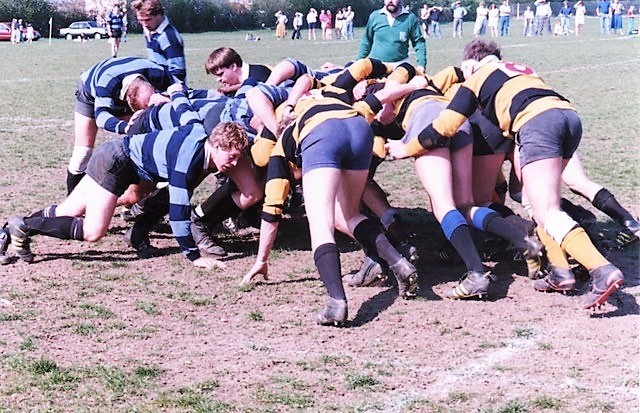 Marlborough digging deep for the scrum

In the dying minutes, the skipper tried to rally the troops for a final push and they very nearly did it had not been for the lines man raising his flag as Dan Culley’s foot had gone out of touch. The whistle blew and that was that, some you win and some you lose, but it wasn’t for the want of trying. Simon proudly led his boys off the pitch to a round of applause from the spectators and this was the end of a very successful season for Marlborough and at the time was probably one of the best Marlborough had experienced.