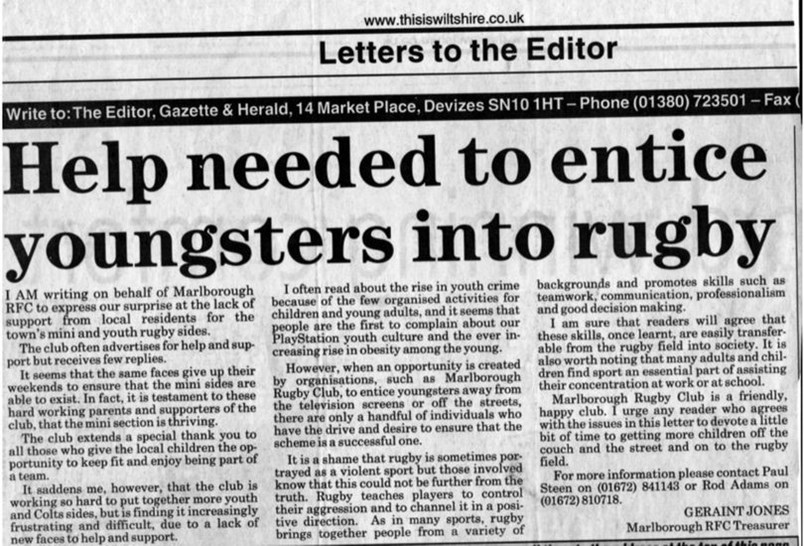 HOW THINGS HAVE CHANGED IN NEARLY TWO DECADES

MRFC has a thriving mini/junior section

During the 2001/02 season the Club had serious concerns over the numbers within the mini/junior section, so Geraint Jones, who was the Treasurer at the time as well as a senior player decided to take things into his own hands.

Geraint was a Welsh boy who had had played rugby since he could just about walk and rugby ran through his veins. He knew the benefits as well as the enjoyment that could be had through children playing rugby so he put an SOS out into the local press. His efforts plus that of many others through the years such as Owen Martin, Peter Woods and the many, many coaches who have been associated with the Club since, who have worked tirelessly attracting local children to come and learn to play rugby at MRFC. The Club can now happily say that the numbers are far closer to 300, but his taken time and effort, but no one is resting on their laurels as there is still more work to do.