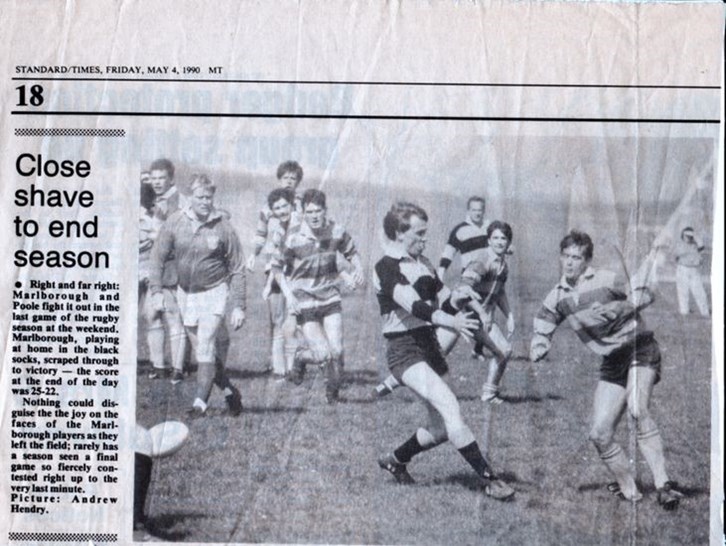 This was suppose to be a walk in the park.

This was the last match of the 1989/90 season as MRFC were due to play a Plate Final the following week end . It was believed the team was assured of promotion, so several of the 2nd XV players were given their chance to step up and play for the firsts.

Poole were in the lower part of the Division, so victory should have been a forgone conclusion! Poole hadn't read the script and threw everything they had at an unexpecting Marlborough side and very nearly won the game but Marlborough just managed to hang on.