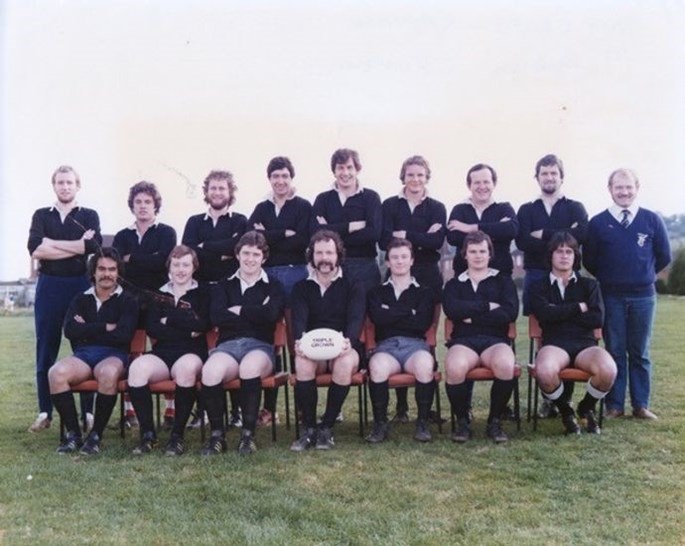 The players are from left to right who were wearing the Club’s second strip which at the time was black (and was donated).