In Marlborough’s past the reliability of referees turning up for games could not always be a given but gladly this is no longer the case due to the running and management of the leagues which has become far more professional even within the amateur game. In those times there was always one man that could be relied upon to put his boots on and grab his whistle, and that was Alex Hay.

Alex has held many roles within the Club over far too many years to count and is still ardent follower of the boys. He can still be regularly seen on a Saturday afternoon with his little dog watching the game and supporting the lads. 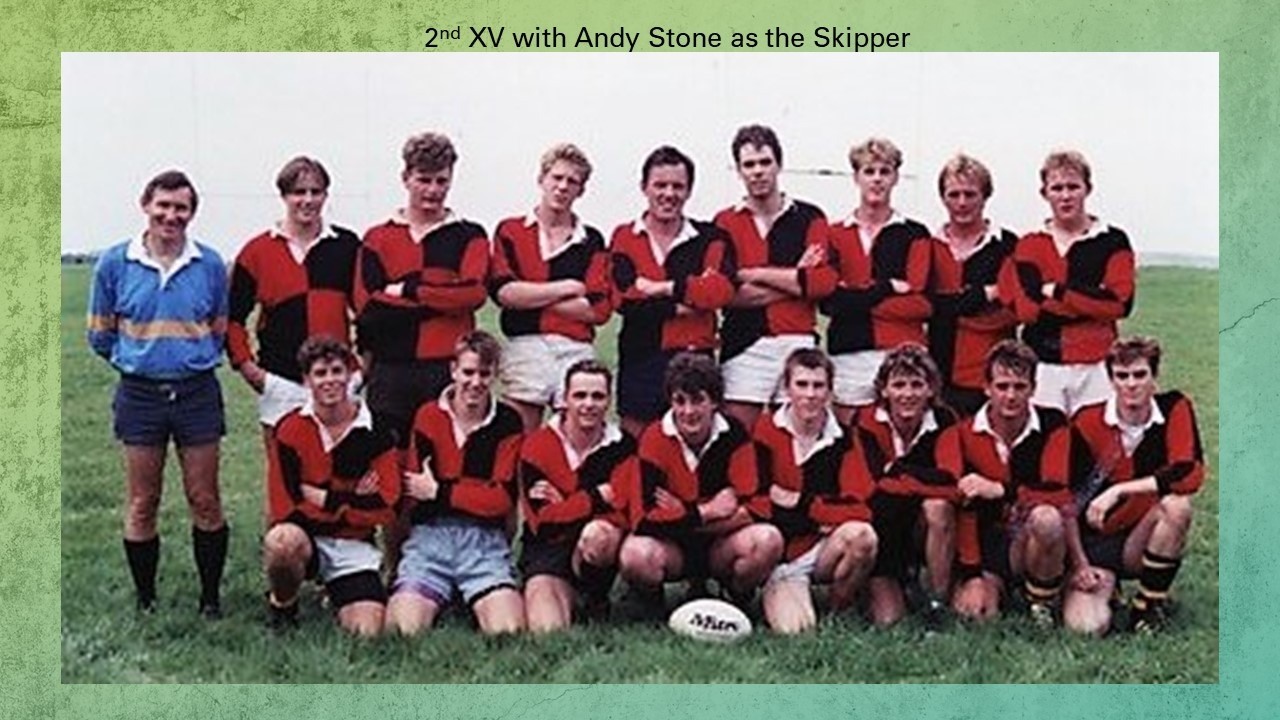 Also, during some of these times, Andy Stone was not only the Captain of the 2nd XV, but he also wrote many of the articles for the local newspapers -a complete Clubman in every respect.

Left to Right back row

Back row left to right