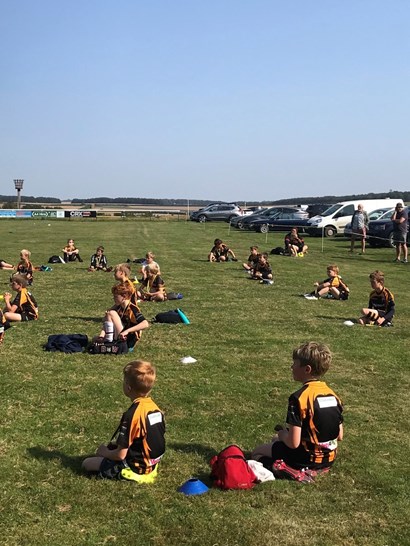 After months of waiting, last seasons award winners from the U9s were finally able to receive their trophies on a glorious sunny Sunday morning.

Like many things in 2020, there were four youngsters from the now U10s age group who had been patiently waiting to receive their awards which they should have been given at the end of the 2019/20 season. With the sudden onset of the lockdown in March, Rugby halted immediately, and no celebrations could go ahead.

To right this wrong, the Coaches decided to hold a slightly less formal ceremony after training on the Common in front of delighted parents and fellow teammates.

The first award to be given was the ‘Chairman’s Award’ which was given to Tommy Pearson for his achievements last season. 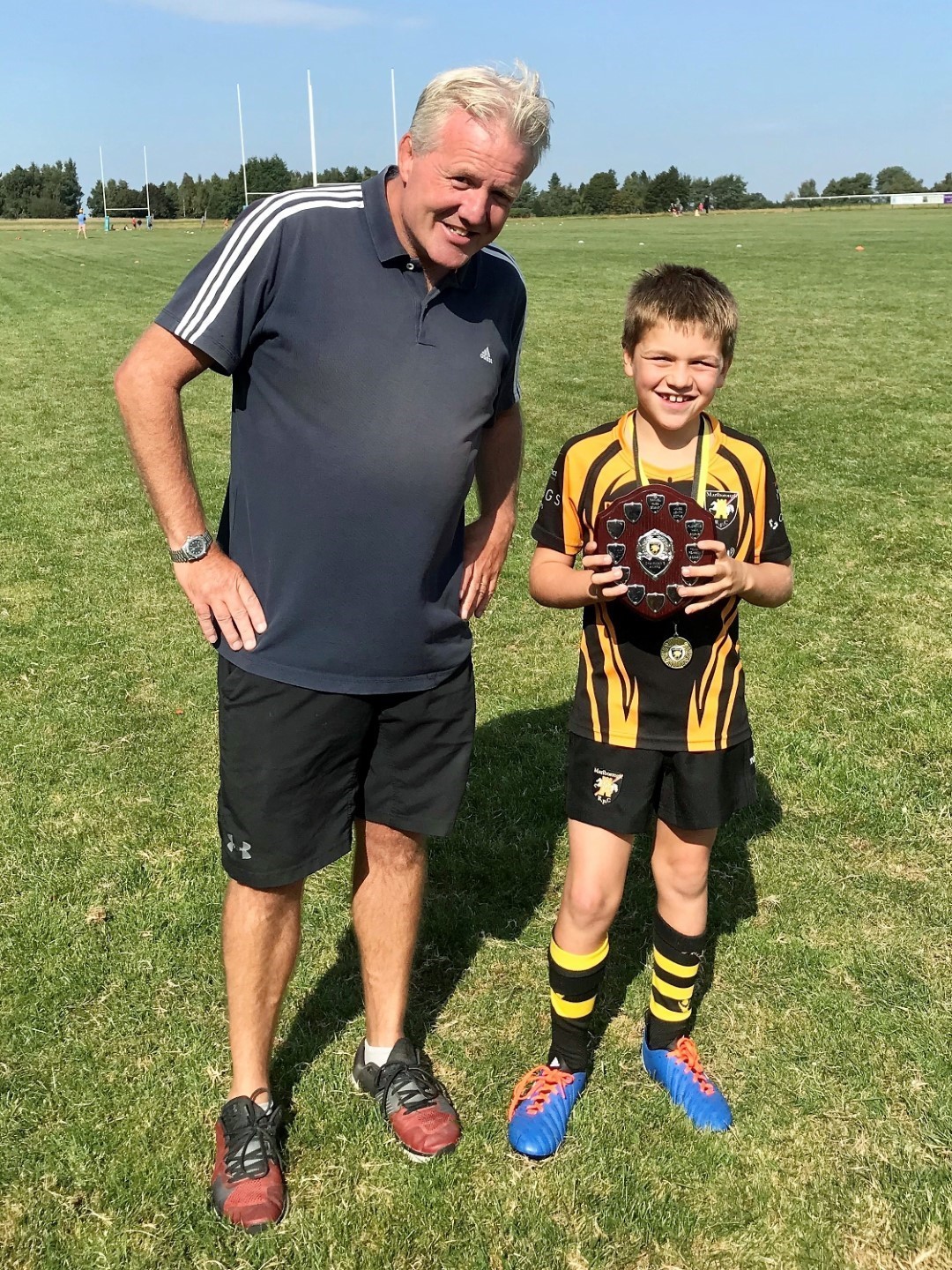 The ‘Most Improved Player’ went to Clem Shoosmith and the players ‘Player of the Year’ was awarded to Hector Brenk and James Shuttleworth. 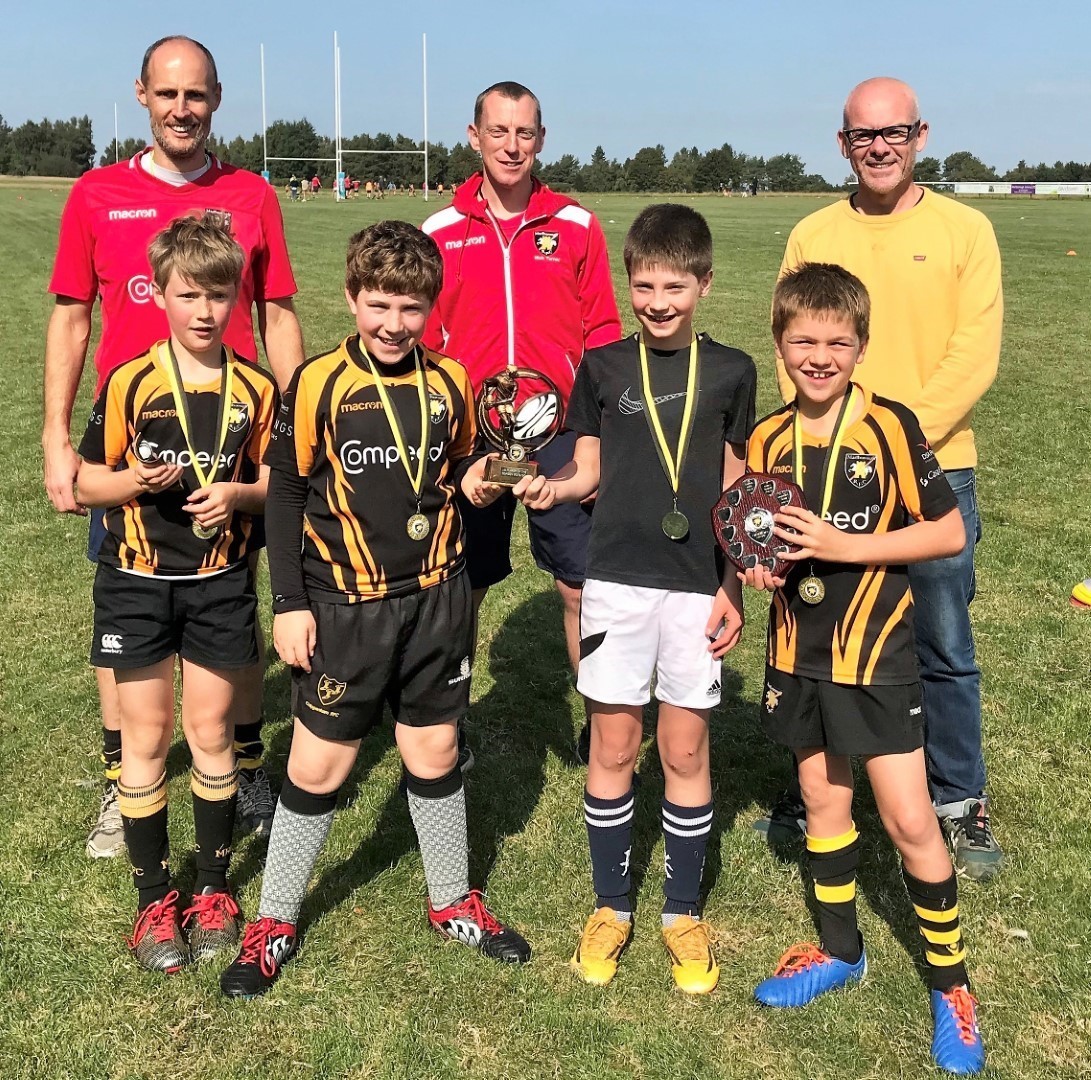 Well done to all the lads and some things in life are worth waiting for as can be seen from the huge smiles on all their faces.