Last Sunday saw the return of the mini/juniors and colts back training on the Common for the first time since lock down in March. The ages ranged from the dinky ones (Rugbytots) through to the Colts. All with huge smiles on their faces and eager to get going, it has been a long time and they all needed their rugby fix.

Coaches putting their age group through their paces

A great deal of planning and organising by the both the mini Chair (Amanda Palmer) and Junior Chair (Mike Campbell) as well as all the Coaches and those behind the scenes who ensured that it was a safe and enjoyable experience for the youngsters. Even the Club Chairman, Gary Sharp found out his old whistle and helped with a small amount of coaching (he’s not quite as young and agile as he once was).

Parents and youngsters alike patiently waited (socially distanced of course) while they in turn came up to register their attendance and have their temperatures taken – all quite normal for many of the youngsters these days. Parents were asked to scan in the QR code, some found the technology a little easier than others but good job they had the experts on hand (their children). Once this was done, they then looked for their age groups flag and made their way to their training area to meet up with their coaches and then the fun began.

It was also a special day for the Club as the ‘Peter Woods Memorial Trophy’ would finally be presented to the lucky recipient. This trophy has been named after the late Peter Woods who very sadly died earlier this year and will be presented annually. Many will know that Peter was a former Mini/Junior Chairman as well as a coach. He is very fondly remembered and missed by the MRFC rugby family but his legacy lives on. The trophy was very kindly awarded to Ethan Mackie by Peter’s wife Alison and their son Henry. Ethan was given this award as he fully exhibited all the TREDS qualities – teamwork, respect, enjoyment, discipline and sportsmanship. Very well done to Ethan from everyone at MRFC and many thanks to Alison and Henry for attending and helping to mark this great achievement. 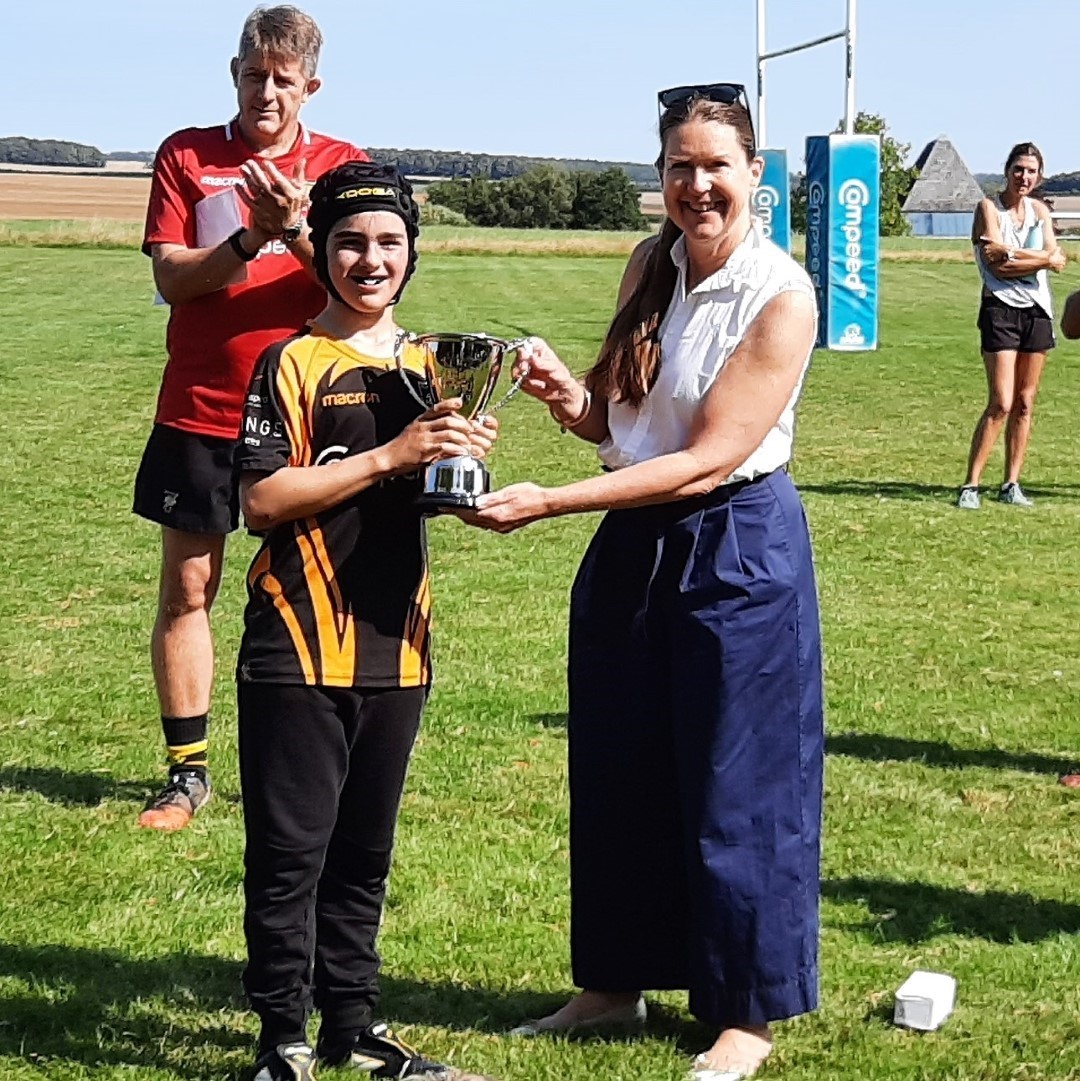 Though it was a long, hot day it was great to see the younger members back out on the Common enjoying themselves. Then afterwards there was of course the obligatory post training bacon roll (thanks to Ben and Will) for doing the honours. Now it is a case of doing it all again next Sunday – see you then.

Ben and Will providing much needed post training sustenance